“ink well” —a suggestion/salutation/blessing to the literary community of Houston, the Texas Gulf Coast, and beyond.

Join Tintero Projects as we work with Inprint, a 30+ year old nonprofit literary arts organization in Houston, Texas, to host Ink Well, a new podcast available on this page and on SoundCloud and Apple Podcasts for anyone engaged in the world of reading and writing.

Our goal? – To interview writers (established as well as emerging) from across the United States on what it’s like to “ink well” in this day and age.

Check out this teaser video: 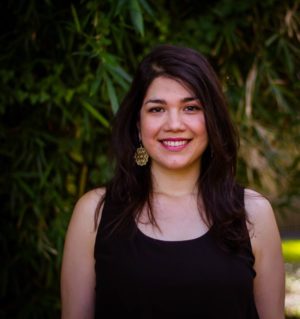 For the inaugural episode of Ink Well, we kick it  with poet Analicia Sotelo, as we get ready for her new collection of poetry – Virgin.

Analicia Sotelo is the author of Virgin, the inaugural winner of the Jake Adam York Prize, selected by Ross Gay, forthcoming in February 2018. Bustle says, “Virgin introduces readers to a young, Mexican-American feminist narrator who is sarcastic and unafraid, curious and self-discovering, and interested in everything from unrequited love and heartbreak to un-romanticized sex and the historically fraught terrain of virginity, and so much more.” Publishers Weekly, in a starred review, praises the book: “Sotelo explores the power of mythologizing personal history in her striking debut…and from the start [she] cultivates intimacy through moments of vulnerability….With humanity and raw honesty, Sotelo finds fresh ways to approach romance, family, and more.”

Analicia is also the author of the chapbook Nonstop Godhead, selected by Rigoberto González for the 2016 Poetry Society of America Chapbook Fellowship 30 and Under, the 2016 DISQUIET International Literary Prize winner in poetry, and her poem “I’m Trying to Write a Poem About a Virgin and It’s Awful” was selected for Best New Poets 2015 by Tracy K. Smith. Her poems have appeared or are forthcoming in The New Yorker, Boston Review, Kenyon Review, New England Review, The Iowa Review, and The Antioch Review. Analicia holds a BA in English literature from Trinity University and an MFA in poetry from the University of Houston, and currently serves as Director of Communications and Development for the nonprofit Writers in the Schools in Houston, Texas. 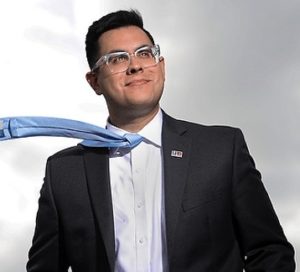 In episode 2 of Ink Well, we talk books and whataburgers with Daniel Peña, and all about his new novel BANG.

Daniel Peña is a Pushcart Prize winning writer and Assistant Professor in the Department of English at the University of Houston-Downtown. His debut novel BANG, published by Arte Público Press, is described by NBC Latino as “such a timely novel that offers devastating insights into how communities adapt to severe shifts in culture and society.”Publishers Weekly says, “Peña examines the symbiosis of the United States and Mexico and makes painfully clear the negative effects of international trade legal and illegal. This is a notable and compassionate novel.”

Formerly based out of the UNAM in Mexico City, he worked as a writer, blogger, book reviewer and journalist.  His fiction has appeared in Ploughshares, The Rumpus, the Kenyon Review Online, Callaloo, Huizache and elsewhere. He’s currently a regular contributor to the Guardian and the Ploughshares blog. He is a Fulbright-Garcia Robles Scholar and a graduate of Cornell University. He lives and teaches in Houston, TX.

In episode 3 of Ink Well, we get to talk shop and sit down with poet Deborah D.E.E.P. Mouton.

Deborah D.E.E.P. Mouton is a mother, wife, educator, and the current Poet Laureate of Houston, Texas. This seven-time National Poetry Slam Competitor and Head Coach of the Houston VIP Poetry Slam Team has been ranked the #2 Best Female Poet in the World. Her work has appeared in Houston Noir, The Houston Chronicle, and on such platforms as BBC, ABC, Blavity and Upworthy.

In episode 4 of Ink Well, we catch up with poet Robin Davidson about Houston’s Favorite Poems Anthology and more.

Robin Davidson, a resident of Houston for more than 50 years, was named Houston’s second Poet Laureate by Mayor Annise Parker in 2015 and served through April 2017 under the leadership of Mayor Sylvester Turner. She is a graduate of the University of Houston Creative Writing Program and is the author of two poem chapbooks, Kneeling in the Dojo and City that Ripens on the Tree of the World, and the collection Luminous Other, as well as co-translator with Ewa Elżbieta Nowakowska of The New Century: Poems from the Polish of Ewa Lipska. Most recently she has served as editor for Houston’s Favorite Poems, an anthology of best loved poems contributed by those living in Greater Houston. She teaches literature and creative writing as professor of English for the University of Houston-Downtown.

To order a copy of Houston’s Favorite Poems click here or stop by Brazos Bookstore.

Writer, activist, and professor Tony Diaz, El Librotraficante, was the first Chicano to earn a Master of Fine Arts Degree from the University of Houston Creative Writing Program. He earned his bachelor’s degree in Communications from De Paul University in Chicago. Diaz is currently a professor of Mexican American Literature and Rhetorical Analysis in Houston, Texas. He is also a political analyst on “What’s Your Point” which airs on Fox 26 Houston and hosts the weekly bilingual radio program Nuestra Palabra: Latino Writers Having Their Say on KPFT 90.1 FM Houston.

His essays have appeared in the Houston Chronicle, The Texas Observer, CNN.com, the Los Angeles Times, and The Huffington Post Latino Voices, among other publications. He is author of the novel The Aztec Love God and is included in Hecho En Tejas: The Anthology of Texas Mexican Writers. He recently launched the column “The Cultural Accelerator”. He is the lead writer and editor for the textbook The Mexican American Studies Toolkit. He also is an educational consultant for school districts implementing innovative curriculum. Diaz made national and international news when he led the Librotraficantes in defying Arizona’s ban of Mexican American Studies.

In episode 6 of Ink Well, host Jasminne Mendez gets the table turned on her as she is interviewed by host and husband Lupe Mendez plus guest host and Houston writer Icess Fernandez about Jasminne’s new book Night-Blooming Jasmin(n)e: Personal Essays and Poems.

Jasminne Mendez, an Afro-Latina who loves cupcakes, wine, and her husband Lupe, received her BA in English Literature and her MEd in Curriculum and Instruction from the University of Houston. Mendez has had poetry and essays published by or forthcoming in The Acentos Review, Crab Creek Review, Texas Review, La Galeria,Label Me Latino/a, Gulf Coast, and others. Her first multi-genre memoir Island of Dreams (Floricanto Press, 2013) was awarded Best Young Adult Latino Focused Book by the International Latino Book Awards in 2015. Her second book, Night-Blooming Jasmin(n)e: Personal Essays & Poems  was released by Arte Público Press in April 2018. She is a 2016 VONA Alumni, a Macondo Fellow, a 2017 Canto Mundo Fellow, and an MFA candidate in the creative writing program at the Rainier Writer’s Workshop at Pacific Lutheran University.

Sheila Maldonado is the author of one-bedroom solo, her debut poetry collection. Her 2nd publication, that’s what you get, is forthcoming from Brooklyn Arts Press. Her poems have appeared in Gulf Coast, Ping Pong, Rattapallax, and Callaloo, and online at Luna Luna, Hyperallergic, and Aster(ix) Journal. They have been anthologized in Brooklyn Poets Anthology, The Wandering Song: Central American Writing in the United States, and Me No Habla with Acento: Contemporary Latino Poetry.

She is a CantoMundo Fellow and a Creative Capital awardee as part of desveladas, a visual writing collective. She has served as an artist-in-residence on Governors Island, New York for the Lower Manhattan Cultural Council and a Cultural Envoy to Honduras for the U.S. State Department. She grew up in Coney Island, New York, across the street from the Atlantic Ocean. Her family hails from Honduras.

“Samanta Schweblin is one of the most promising voices in modern literature,” according to Mario Vargas Llosa. Fever Dream, her first novel and the first of her books to be translated into English from Spanish, was a finalist for the 2017 Man Booker International Prize. Kirkus, in a starred review, calls it “a taut, exquisite page-turner…. In a literary thriller of the highest order, Schweblin teases out the underlying anxieties of being vulnerable and loving vulnerable creatures and of being an inhabitant of a planet with an increasingly uncertain future.” The New Yorker says “the book feels as if it belongs to a new literary genre altogether.” She is also the author of three story collections that have won numerous awards, including the prestigious Juan Rulfo Story Prize, and was named to Granta’s list of best writers in Spanish under 35. Her story collection Pájaros en la Boca (Mouthful of Birds), for which she received the Casa de las Américas Prize, will come out in English in 2018. Born in Argentina, she now lives in Germany.

In episode 9 of Ink Well, the final episode of season 1, got to have a great conversation with poet and author Rigoberto González. He was in Houston as part of the 2017/2018 Inprint Margarett Root Brown Reading Series in April.

Rigoberto González is the author of more than a dozen books of poetry, fiction, and nonfiction. About Unpeopled Eden—his most recent poetry collection, which won the Lambda Literary Award and the Lenore Marshall Prize from the Academy of American Poets—Booklist says, “González writes with unrelenting honesty, composing long poems of successive septets, with an eye for vivid, brutal imagery…. With what may be his most ambitious collection yet, González reaffirms his role as a preeminent voice in Chicano poetics.” His poetry collection So Often the Pitcher Goes to Water Until It Breaks was a winner of the National Poetry Series, and his collection Other Fugitives and Other Strangers won San Francisco State University’s Poetry Center Book Award. González received the American Book Award for his memoir Butterfly Boy: Memories of a Chicano Mariposa. His memoir  What Drowns the Flowers in Your Mouth: A Memoir of Brotherhood came out this past March. His major works of fiction include the novel Crossing Vines and the story collection Men Without Bliss, as well as two children’s books. He writes a monthly column for NBC-Latino online, is a contributing editor for Poets & Writers Magazine, and serves as critic-at-large for the Los Angeles Times.